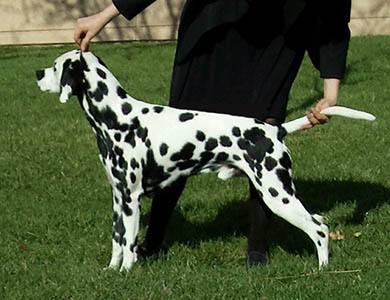 "Spiffy" took a major win his first time out as a puppy. Then he was waiting in the wings until Antonio, Bacon, Captain (three littermates) and Sergeant (half-brother) finished. He got out to the 2017 National in St Louis where he was 2nd in a large Open Black class at both DCA and the DCGSL Regional under judges Lesig and Alderman. He won a major at DCGSL Specialty that Fall under judge Paula Hartinger as well. He just needed 4 singles to finish in limited showing.

Due to my health issues and caretaking duties, I sat out shows for 5 years. Spiffy came back out at almost 7 years of age to finish with a bang! During the August 2021 Topeka cluster of shows he took WD/BOB and OHG2, WD/BOB to finish, and then WD/BOW (his third major when he was kept in the classes to hold the points for the other class dogs). He truly lives up to his name he is a true gentleman and is so very "spiffy".

Spiffy has a calm and easy going temperament. He is so very sweet. On the day he finished and took an Owner Handler Group Two he was smiling all the way into the show building. He knew it was going to be HIS day. :) I love you Spiffy. You are the best guy! 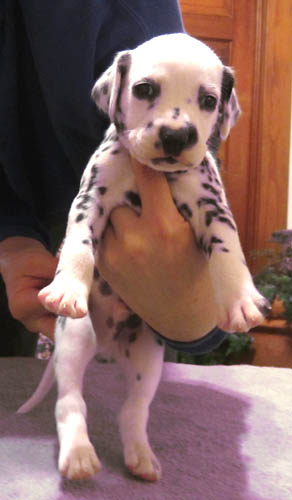 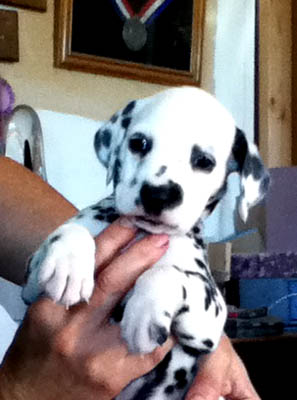 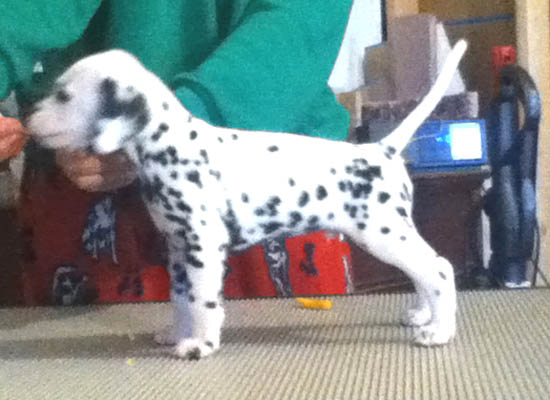 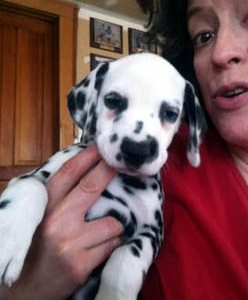 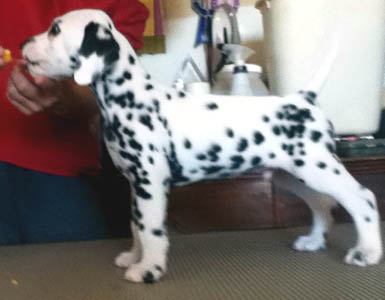 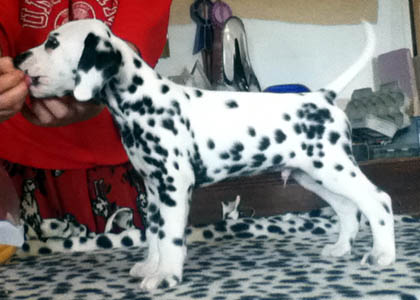 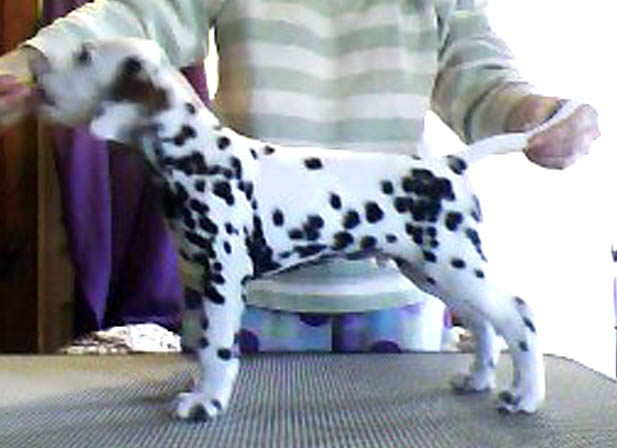 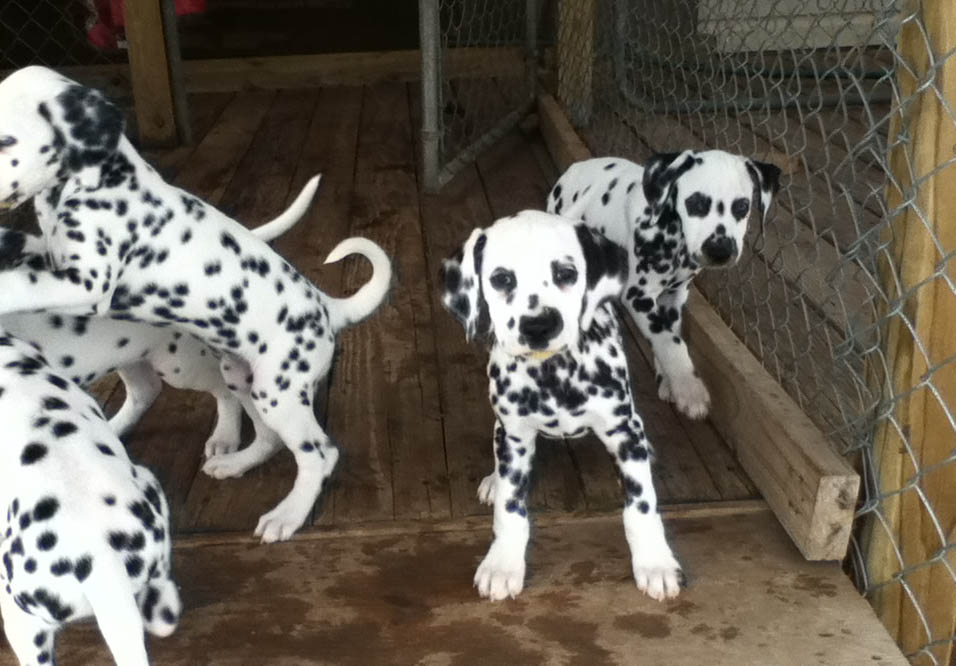 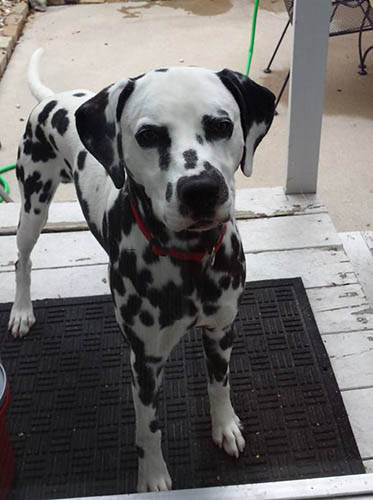 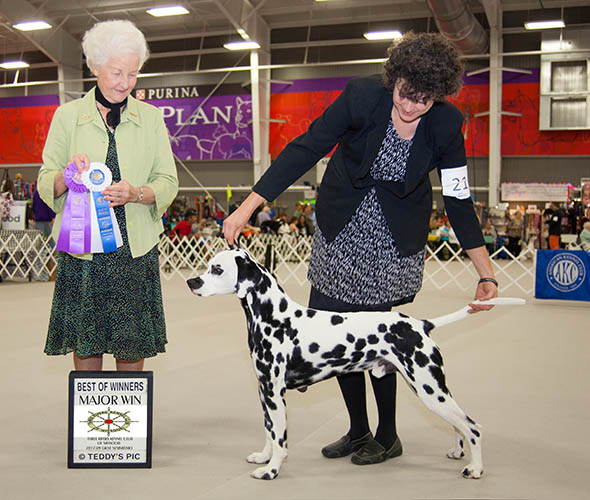 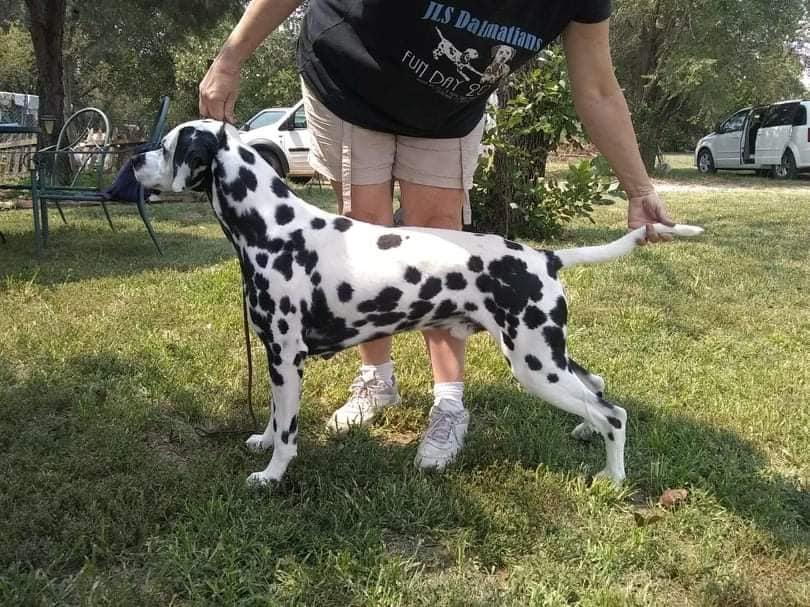 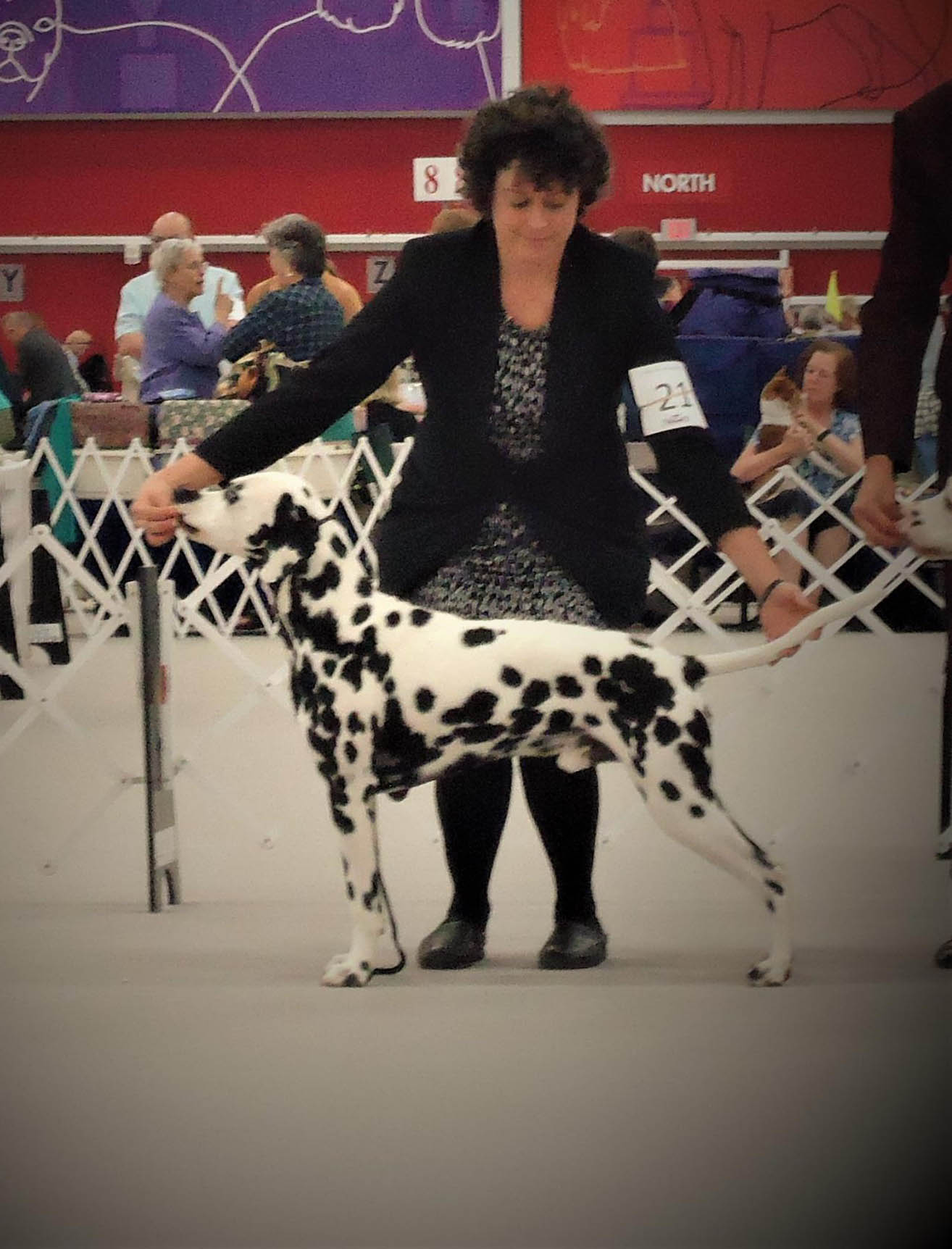 Spiffy stacked at 6 weeks and almost 7 years of age 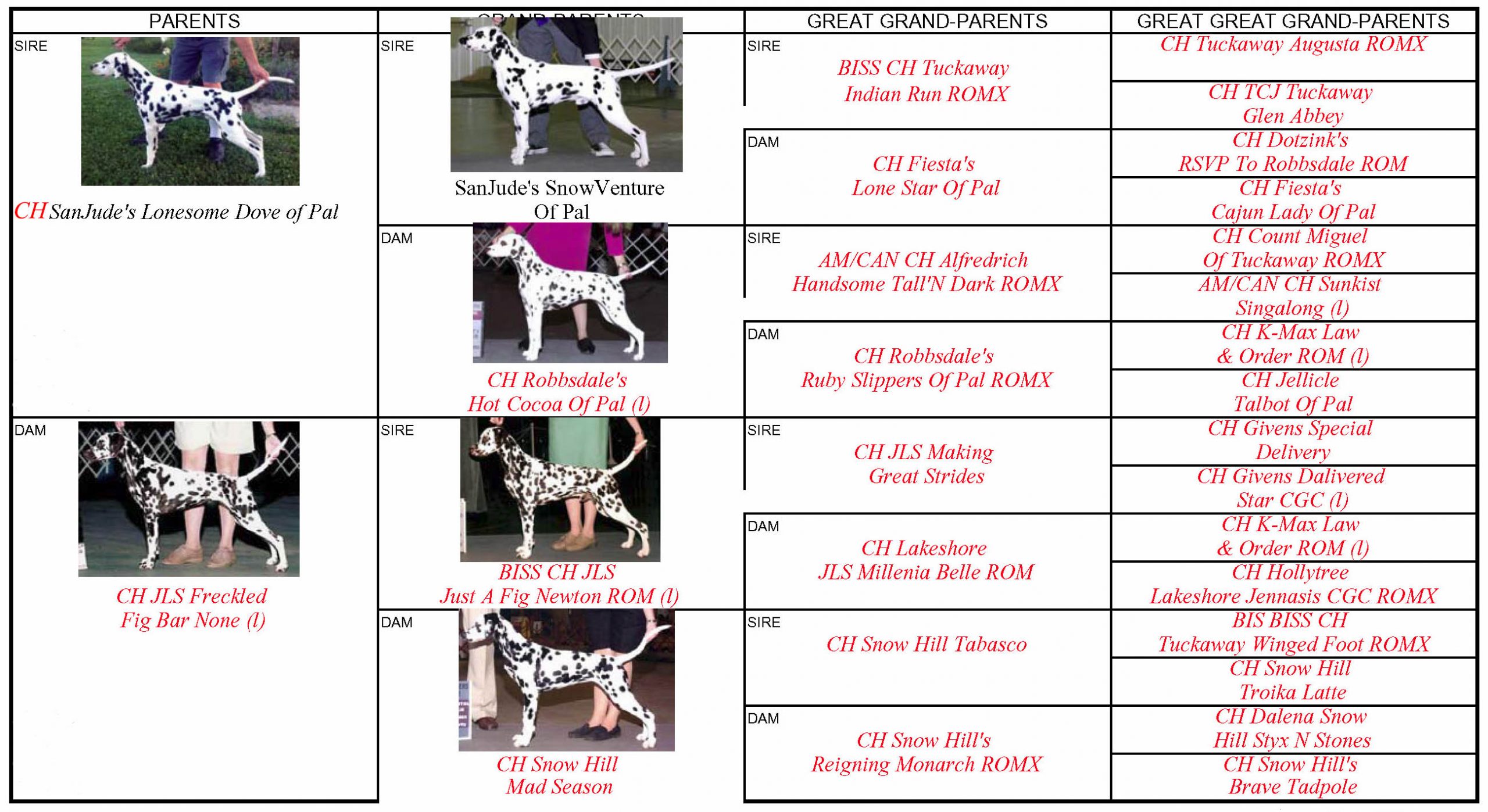 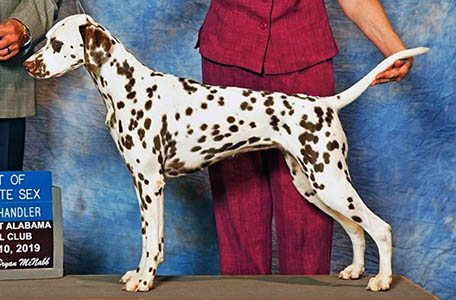 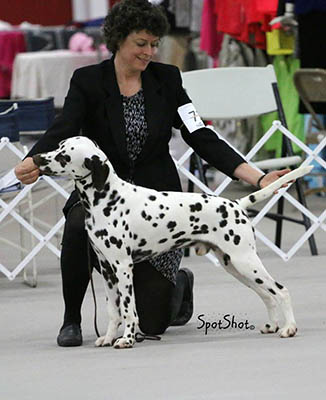 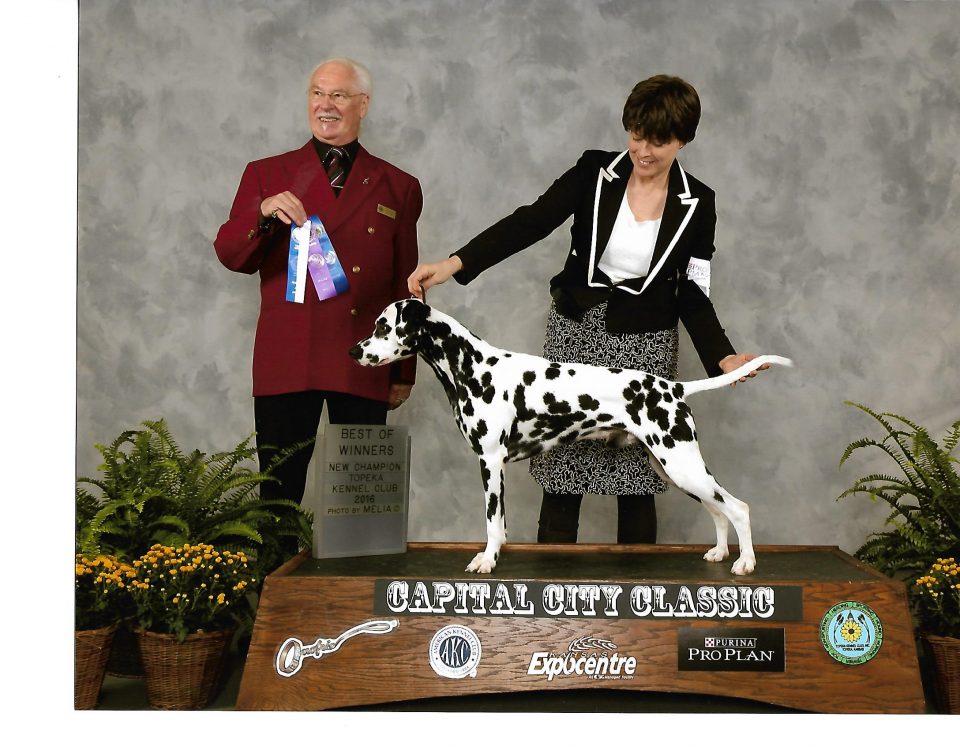